Exhibitions from the Museum of Torne Valley that can be loaned to, for example, other museums or libraries.

The long common journey of man and cattle in the north is examined through historical turning points, the present situation and future prospects. The exhibition is produced jointly by the NordGen led project 3MC – Nordic mountain cattle Cultural heritage and genetic resources, and the Museum of Torne Valley. Historian Hilja Solala, Ph.D., from the 3MC -project was responsible for planning the exhibition. The exhibition was shown at the museum in Tornio from April 8 to August 21, 2022, after which it was transformed into a traveling exhibition.

The exhibition is thematically divided into three sections: yesterday, today and tomorrow. The visitor travels with the cattle from the present through the past to the future. The exhibition highlights, for example, the evacuation of Northern Finnish cattle to Sweden to avoid the Lapland War. The evacuation constituted a significant rescue operation for the survival of the breed. Characteristic of today’s situation is that at the beginning of the century there were hundreds of thousands of specimens of the Swedish mountain breed in the northern parts of Sweden and thousands of the Northern Finnish cattle breed in the northern parts of Finland. Now the total number of representatives of these protected and rare breeds is counted in just thousands. The sister breed Norwegian sided trönderfe has met the same fate.

We also invite the visitors to play a mobile game about the Nordic mountain cattle. Can you make your animals survive through the course of history into the future?

Download a more detailed brochure about the exhibition here: 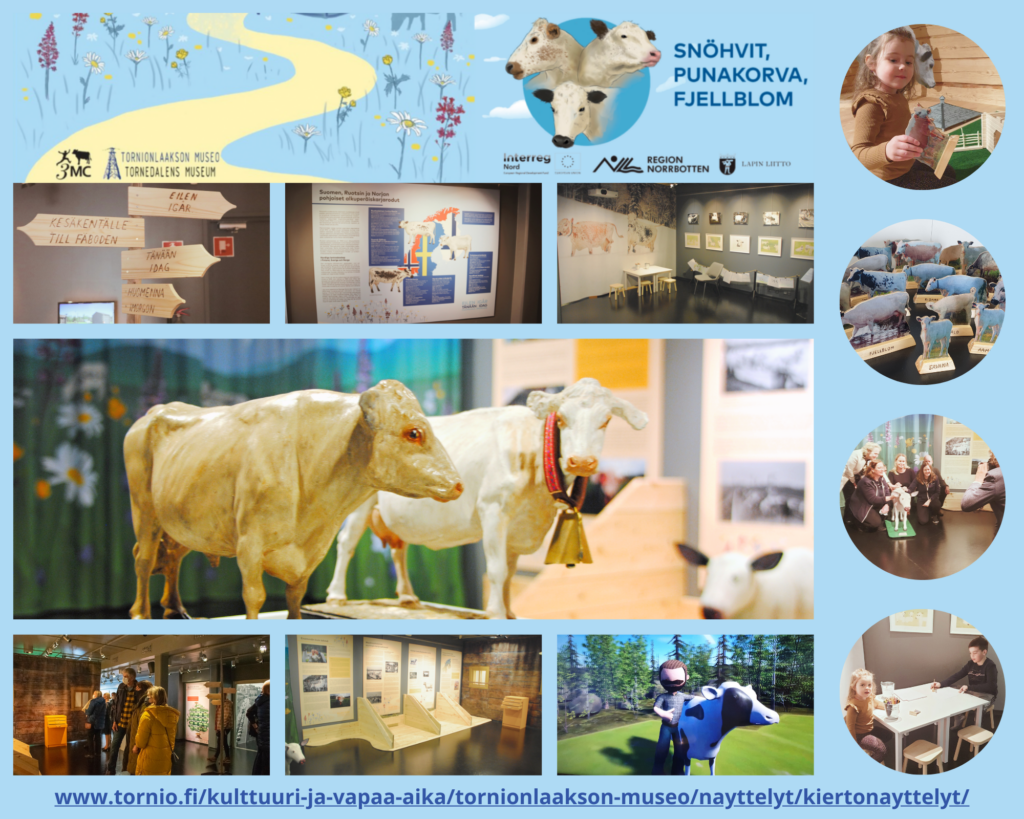