Market selling on Victoria square will start in the summer of 2018. We will later add information about the market days on this page.
Etusivu » Culture and leisure » Culture » Victoria Square

Victoria square, finished in 2011, is a shared marketplace of Tornio and Haparanda cities. The square is named after Crown Princess Victoria of Sweden who also inaugurated the square. Victoria square is an extraordinary place even by global standards, for marketplaces located on the border are quite uncommon. In the Nordic countries Victoria square is the only one of its kind and only a couple of counterparts can be found from Europe.

What makes Victoria square even more special is the fact that you can literally time travel there! The time zone changes in the middle of the square which makes it a splendid place to celebrate New Year’s Eve on. Did you manage to break your New Year’s resolutions as soon as the clock struck midnight? No worries, just take a few steps to the west and within an hour you can start your New Year all over again. The cities of Haparanda and Tornio have celebrated New Year together on the square since 2012.

There are some artworks on the square, two of which are designed by local youngsters. The Future Arc was planned by Vilma Styrman, who at the time was a fourth-grader, and The Swan –statue drawn by the then 17 year-old Kim Suomäki. The other end of the square is guarded by ‘Border Play’ –statue which reflects versatility and the future of cross-border cooperation. In the summer of 2018, the art collection on the square grew with a stunning sculpture. Through the Ages by Susanna Sivonen is both informative and beautiful to behold. 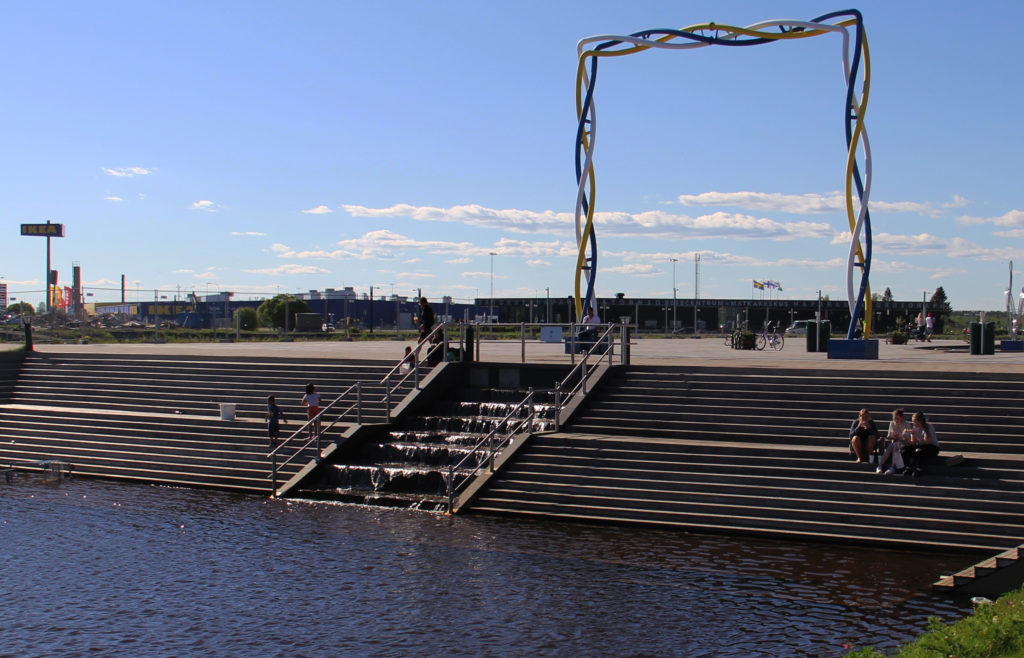 Tornio has hosted spring and autumn markets for many centuries and the city’s reputation as a central trading place is partly based on this long tradition. Tornio is still lacking permanent market vending and that is why the city applied for financial aid with two projects boosting market vending and other activities on the square from Leader Outokaira Tuottamhan ry during the years 2018–2019.

Booking system of the Victoria Square