The Museum of Torne Valley

The Museum of Torne Valley

The Museum of Torne Valley showcases Torne Valley culture and history on both sides of the Finnish-Swedish border. We specialize in the local way of life and border region phenomena. Our permanent exhibition highlights the traditional means of living, the history of Tornio and Haparanda, border trade, smuggling and marriages across the border. Visitors can also listen to local languages and dialects. The past comes alive through original artifacts and abundant picture and film material on display. 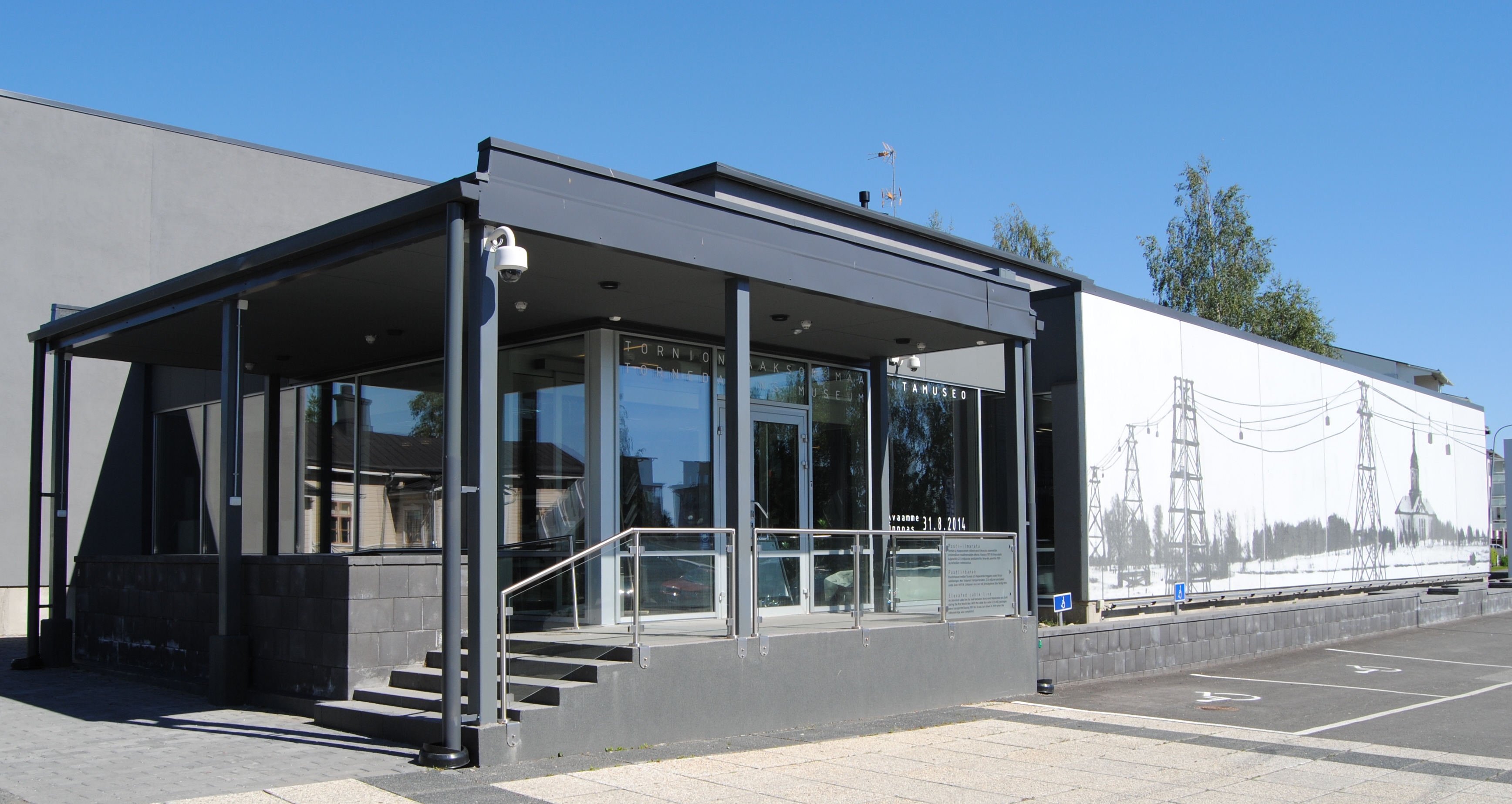 The Museum of Torne Valley is situated in central Tornio beside the library and Aine Art Museum. The permanent exhibitions are in Finnish, Swedish and mostly also in English.

Museum on a map

The Museum of Torne Valley is a regional central museum. Its area  in Finland reaches from Simo in the south to Muonio in the north. The museum is also the official museum of the Haparanda municipality in Sweden. This makes us the only cross-border museum in the world.

The museum was founded in 1914. We preserve the material culture and history of the area, do research, educate, publish and give advice in matters concerning local cultural heritage and museums. The collections consist of artifacts, photographs, sound and video recordings. We also have a local heritage archive.

In addition to the permanent exhibition we have 2-4 changing exhibitions per year.

Before midweek holidays we close at 15. On public holidays the museum is closed.

A guided tour in English can be booked in advance. The price for the tour is 50 euros during the weekdays until 17 pm, in the evenings and on the weekends 70 euros. The duration of the tour is ca one hour.