The Permanent Exhibition Encounters on the Border

The museum’s permanent exhibition Encounters on the border tells the history of The Torne Valley on both sides of the river. 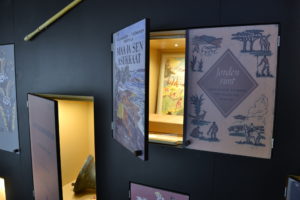 The first part of the exhibition, Our  Common Torne Valley, shows what archaeology can tell about life in the Torne Valley hundreds and thousands of years ago. It presents the traditional ways of living in the area and shows how different wars have affected life here. History comes alive through stories, original artifacts, photos, sounds and films. The  exhibition also examines the ways the vicinity of the border affects the lives of the people in the Torne Valley. Visitors get to know themes that are still present in local everyday life: food culture, rock music, local identity, languages and dialects.

The second part of the exhibition, called Our Cities on the Border, tells the history of Tornio and Haparanda cities. Local industries and special local phenomena are presented, such as smuggling, marriages over the border and tourism. 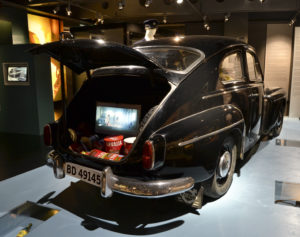 The Museum of the Torne Valley is the only museum in the world that that is maintained by two states and whose operating area reaches over a national border. It reopened for the public with a completely renovated building and renewed exhibitions in 2014. The languages in the exhibition are Finnish, Swedish, Meänkieli and English.